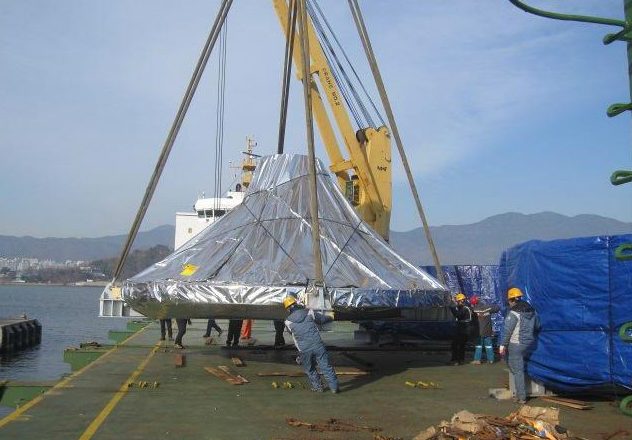 Baggio has been awarded for the transportation of one of the few imported electromechanic components of the project - the majority was produced in Brazil.

This was our first fixture with Voith-Siemens. Even without being a contractual demand, we have managed to find a ship that performed the transportation on Last In First Out condition and sailing via Panama Canal.

This resulted in a record-breaking transit time which satisfied several areas of the project.

After this, Baggio has been awarded with the transportation of similar pieces to Chile (produced in Brazil). Such project is still ongoing.